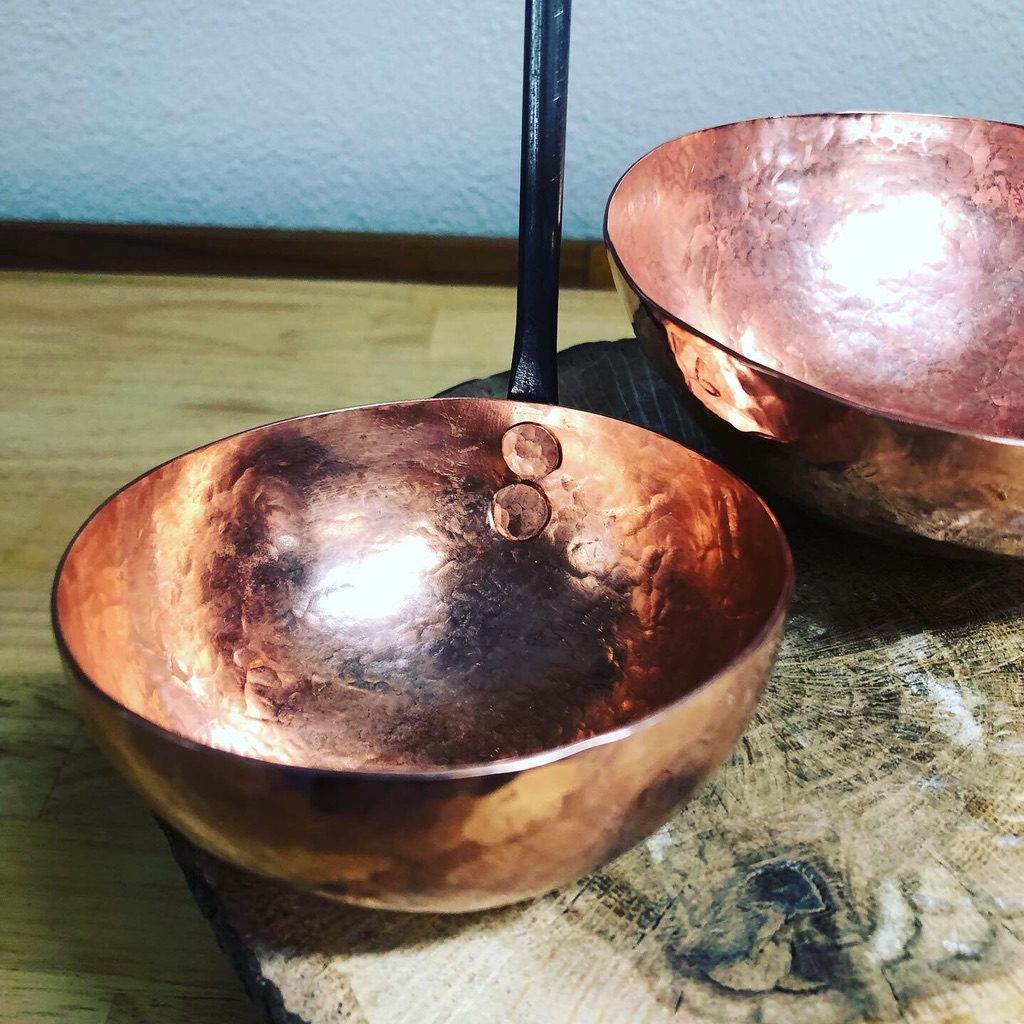 “Copper is one of the most important metals mentioned by ancient historians. It was known before the time of Tubal Cain, who was an educator in its works as well as brass and iron. Historians say that Cadmus discovered it and taught its application to his countrymen. It was noticed on the island of Euboea, near the city of Chalcis and this may be why the Grecian’s called it ‘chalcos’, which is the name that Homer and other authors called it. The Romans knew copper as ‘aes cyprum’ and ‘cyprum’, names from the island of Cyprus, where some believe the art of working it was discovered. In the mystic nomenclature of alchemists, copper is known as Venus, the sacred goddess of Cyprus.” We will start with a square of copper, and then circle the square to begin the process of raising the copper into a vessel or bowl. This project is difficult yet rewarding and fun, we learn through the experience with copper that rhythm does indeed replace power.- Keith Gelber, Instructor 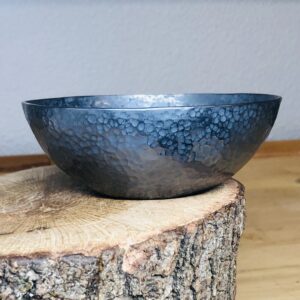 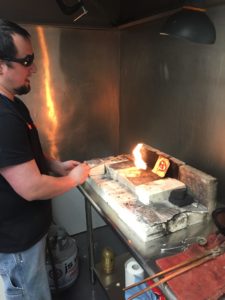 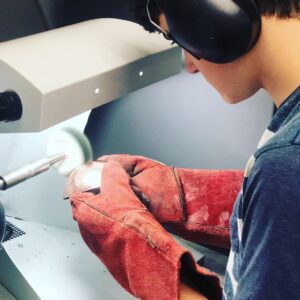 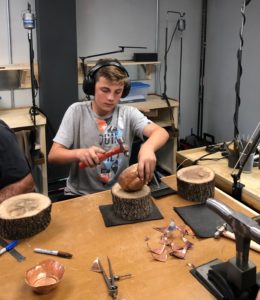 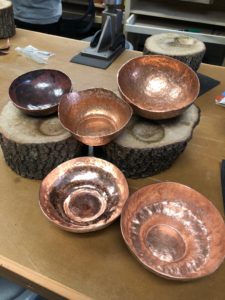